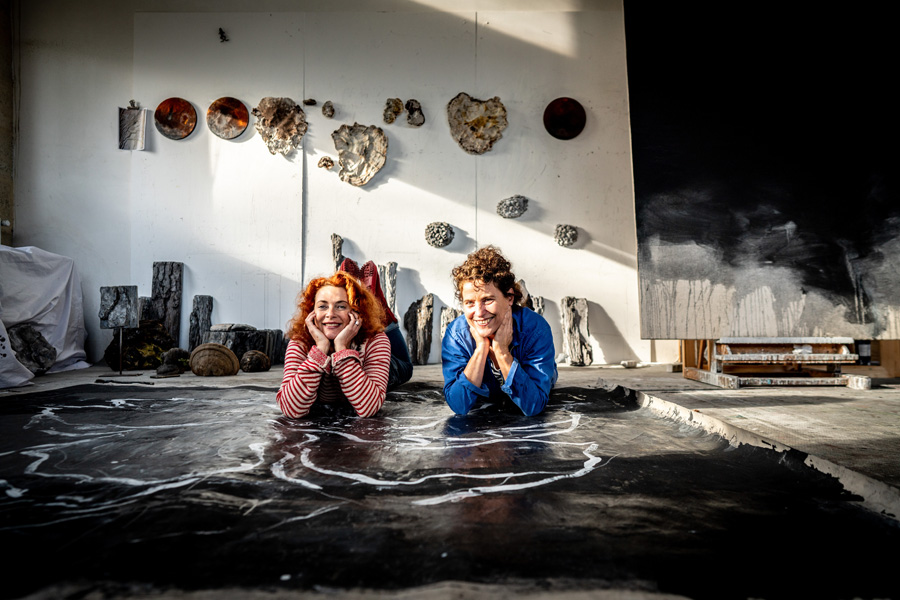 Teuillac in Gironde. Time seems to have stopped here. To be exact, the time around 1867, as the crest in the home-cum-studio building that is Barbara Schroeder’s home reveals. The house, built in light brick and reddish tile, stands next to a beautiful garden with a pond and is situated in the centre of the Bordelaise wine-growing district. The involvement with the elements of this environment largely determines the work of the artist, which moves between painting, installations and sculpture as well as performance, dance and poetry. As the icing on the cake, her passion for wine and French cuisine is also reflected in her art, which emerges during the very informal studio visit.

All in all a pure pamper package… !

Home and studio of Barbara Schroeder

After a joint breakfast we move to the adjoining studio. With the warm light of the winter sun pouring into the room, a first glance at the works shows the connection to nature. earth tones and organic structures define the paintings, castings of natural objects characterise the sculptures. The sculptures standing upright against the wall are clearly casts of tree bark. Slightly disconcerting, however, is the colouration in varying shades of grey. I wonder why.

View of the studio …

Barbara: This casts are made from cement. The connection to nature becomes obvious via the history of their origin. During autumn of this year I worked as an artist in residence for a month in Knysna, a town in South Africa – sponsored by the SAFFCA Foundation. On the way to my accommodation I was wondering about the strange condition of the countryside. It all looked somehow dead. As I found out, this was the result of a devastating fire which had raged there two years previously and which ultimately became the topic of my new work cycle. I therefore set myself the task to artistically stage the botanical changes, or, to be more specific, the process of nature’s revival.

How did you go about it?

Barbara: As is generally typical of my work, I started by making a detailed examination of nature. In this connection, fungi, in particular, became my main research object. Their forms fascinated me just as much as the aspect that – while breaking down dead tree bark – they produce humus, thus making an essential biological contribution to the re-fertilisation of sterile soil. Still without any concrete idea, I then collected fungi and tree bark and took them back to the studio with me. Once I had made some initial casts in silicon, the question arose which casting material I should use to optimally express my topic. The silicon casts as such were already sensational. They were evocative of ears, horses’ hooves, snails…. all in all different organic forms, which – in addition – still had particles of the original nature attached to them. So it was obvious that these particles would still also be visible in the casting. Because I enjoy working with contrasts, the question arose as to how to transfer the idea of working with soft silicon to working with hard cement. Apart from its strength, cement has many other connotations. It is considered durable, is used for making construction parts and buildings and is considered as something typical of urbanisation. Using this material, I was able to express the contrast between nature and urbanisation – also taking into account the brutality of concrete in large cities. Using the colouring and the attached particles castings I was also able to make the contrast between transience and renewal, caused in this case by the fire, visible.

I have a closer look at the sculptures and also the silicon casts and start by feeling the different materials – soft and flattering to the hand versus hard and angular.

Examining the fungi and their casts

The metallic structure of the colouring often found in your paintings is also interesting. Are these special paints?

Barbara: I always make my own paints from a mixture of metal dust, pigments and binding agents like egg, oil or acrylic. The black colour which I am using a lot at the moment is melted tar. This may be seen as another very metaphorical reference to cities.

Basics for making her own paints

The rust tones of the paintings form a wonderful contrast to the grey of the sculptures. Obviously she experiments with the substrate I think, when looking at the painting on the floor or the large-format unfinished painting, which both show severe cracks [see figure below]. Do these cracks happen during the various painting processes or before, I ask.

Barbara: Before. Before I start, I must make the canvas come alive …. in other words, habitable. For this purpose, I crumple it up and torture it [laughs]. Only after I have such an untamed basic structure to work on I can get started and let my intuition run riot.

By contrast to your figurative sculptures, the motives of your paintings are more abstract. In addition to the recurring colour spectrum, lines, surfaces and organic forms characterise the painting. These paintings here [see figure below] remind me of a maze or a cut-out from a map. To what extent does this reflect your central idea of creating images of the diversity and changeability of nature?

Barbara: Nature ultimately encompasses all forms of life: Plants, animals and human beings. I am interested in the interactions and interconnections. All of them are exposed to intangible forces which steer life into random, unpredictable directions. It can therefore not go in a straight line and is always characterised by the past, present and future. And that is exactly what I am tracing in this picture cycle: the eternal to and fro between order and chaos, light and darkness, dullness and brightness and so on ….. Although I work completely aimlessly and uncontrolled, it is always surprising for me to see that and how my own personal life experiences flow into the motives.

This provides a welcome transition to your pet subject which dominated your life for many years: The potato. What is the connection?

Barbara: I come from Kleve, a rural town on the Lower Rhine. I am therefore familiar with potato fields, potato harvesting and, of course, its culinary diversity. Although the potato was imported from South America in the 16th century, it is considered something typically German. Meanwhile, there are innumerable different types; and it also plays an important part in French cuisine, of course. At some stage, while cooking – apart from art another of my passions – I became aware not only of the variety of taste, but also of the variety of its shapes. I started drawing potatoes and reflected on its cultivation, growth and harvest.

During this process, I literally came to grips with the phenomenon of cell division, which ultimately determines all natural processes. By the simple realisation that it is placed into earth in the prime of its life, releases its energy and produces its daughter potatoes, it became, for me, a mirror of the eternal cycle of becoming and decaying and a symbol for the bond of human beings with the earth.

Left: Rösti, prepared by Barbara on a porcelain plate made by her (Photo: Claude Prigent), right: Barbara with potatoes in porcelain cast (Photo: Gottfried Evers)

How did you get the idea for casting it in porcelain? These are found in so many of your installations and performances.

Barbara: During my art studies I spent some time in Limoges, an important centre of the porcelain manufacturing industry, where I learnt that trade. I got the idea because of the aesthetic aspect of the material; its brilliant white forms a strong contrast to the original colour of the potato. Using the casting process, I was able to transform the banality of the tuber into something optically valuable, which, in its transformation, suddenly became reminiscent of marble stones. The composition of the material was also ideal for me. It largely consists of carotene, a clay that comes from the earth.

Left: Examples of installations and performances in exhibition events; right: Performance on a piece of military fortification at the Atlantic coast

The entire diversity of your artistic involvement with the topic of the potato was presented at the “365 – Geschichten vom Niederrhein” exhibition at Moyland Castle, which, with the world-wide largest collection of Joseph Beuys, is considered to be something of his “home”-museum. Beuys too was deeply involved with interaction of man and nature in his work and, like you, comes from Kleve. Coincidence?

Barbara: No. Definitely not! To me, he was and continues to be one of the significant initiators for my work. I even attended the same high school as he [she reveals with a twinkle in her eye]. Exhibiting at Moyland Castle was therefore very special to me – both spatially and temporally a successful completion of an important artistic and personal life cycle.

In conclusion, I ask myself: Now what was this about the interaction and connection of all elements to each other? While I was getting to know the art of Barbara Schroeder I did not only learn about an artist who moves in the cycle of space and time, but also reconnected with art as something that invites you to dream and philosophise about.

With a last look at the bright blue sky, I – a little wistfully – leave this peaceful, nostalgic place. 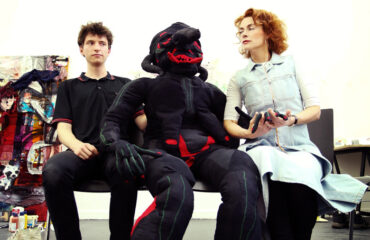 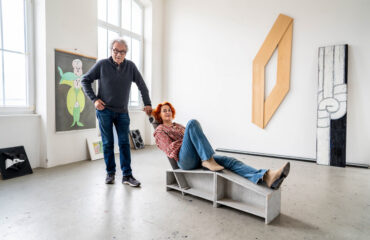 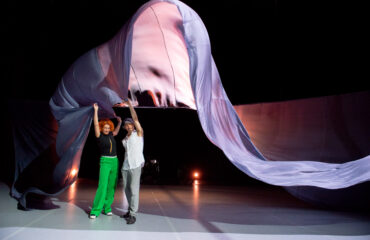 Richard Siegal – Focus on the choreographer, Episode 4 of the series “Behind the Arts”