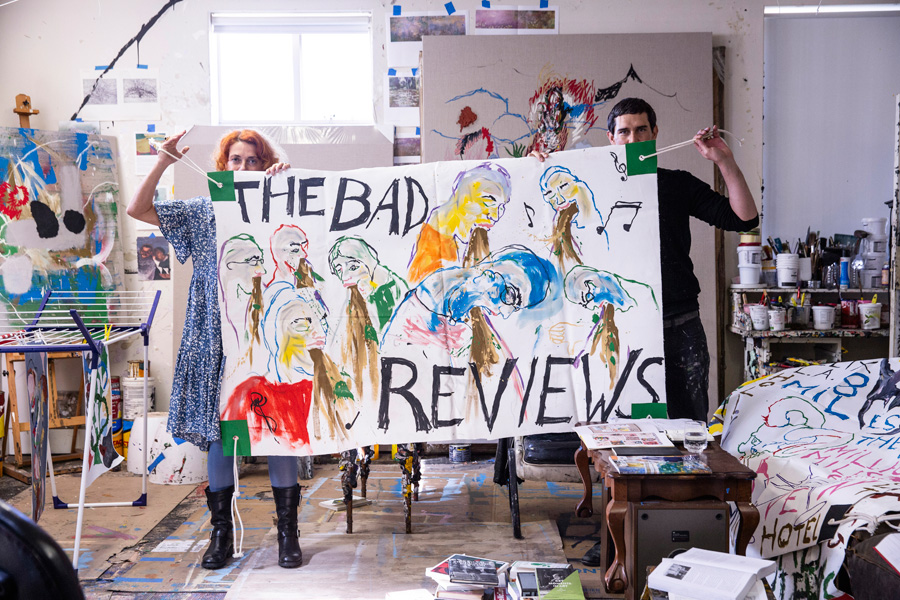 Cape Town. If this is not a true artist studio again! Works on paper drying on a washing line strung across the room, large-format canvases, side by side, waiting to be finished, piles of books, paint tins and endless numbers of crayons competing for floor space, while sketches, printouts and pages torn from magazines cover the tables. I am in the studio of Zander Blom, whose wild and explosive painting, at first glance, appears to be as naively playful as this room.

Insights into the studio

What is remarkable about his painting is that one keeps noticing – specifically – the elements of the vocabulary of images and forms of classic modernism.

Why does a young South African artist take his bearings from artists like Mondrian, Albers, Malevich or Pollock and seems to run riot with his painting? I shall try and find out possible answers during my visit.

Zander Blom welcomes me, splotched with paint and in a super good mood. The fact that I first saw his works in the Hans Mayer Gallery in Düsseldorf provides an opening for the conversation. After a brief chat about the art scene in the Rhineland, the first obvious question arises.

Is the reason for your connection with the painting of Classic Modernism perhaps that your artistic roots are found in Europe?

Blom: You could argue a distant connection to Europe, but that would be a real stretch. Creatively and genetically, I’m really a pavement special from South Africa. I grew up in the suburbs of Pretoria, and I credit my remarkable and somewhat unusual mother for any artistic roots. She’s a painter, jeweller and potter, amongst other things, and she’s always busy making something new to decorate or transform her environment. Art and crafts were a huge part of my everyday life as a child. We grew up surrounded by, and participating in my mother’s creations. Regarding history of art, I grew up learning mostly about the European and Northern American canon. South African art history was taught more as a footnote in the education that I got. Either way, I’m not exactly sure why my interest gravitated towards Modernism as opposed to say Baroque or Medieval art or anything else. I just found the 20th century with its whole clutter of movements and manifestos exciting and quite exotic or alien.

But you then studied in Europe later?

Blom: No, that did not happen either. I went to an art school in Pretoria, and then studied information design at a university also in Pretoria. But it was not what I wanted. So I dropped out, moved into a room of a friend’s house in Johannesburg and looked for my own way and somehow got started.

So you started with content that you were familiar with, which was grappling with the icons of modernism?

Blom: Yes, I was very young at a time that for the first time allowed us to interpret through art subjects that were critical of society. There were artists who could tell stories with their art which were not heard before. But my own life, my own lived experience, didn’t seem very interesting. I racked my brain, over and over, for half-decent ideas and came up short every time, so I focused on examining art history instead. With Modernism especially, I could also get lost in formal questions, as opposed dealing directly with South African history and politics. Overall it was therefore a fabulous alibi to occupy myself with modernism so that I would not have to deal with questions of my own identity.

Using painting as the medium?

Blom: Yes. At first I worked mostly with ink on paper, then it developed into installations in the corners of my bedroom – of which I exhibited the photographic documentation – and then I moved on to oil painting. With the photographs the work was very much about context. But when I started making abstract paintings, the real world that was visible in my photography fell away. And I didn’t want to rely on signifiers like a pressed ceiling, a doorframe, or a light fixture to give some indication of the context or meaning of the work. This absence of recognisable objects in the abstract paintings allowed me to really focus on things like composition, texture, shape, line, colour and the materiality of oil paint on canvas. In a big way it freed me from a lot of questions and frustrations around artmaking, and I painted in an abstract idiom for about ten years. But I’ve recently started bringing figurative elements and narrative and humour into the work because pure abstraction stopped being that interesting to me. And I just don’t think it’s enough for me, as an artist living in this moment, to continue floating in that lovely space-time vacuum of pure abstraction. Anyway … the decisive factor to me was, however, to create a painting that is worth to be looked at. I simply want to find out what makes a good painting.

Independently of the subjects which now alternate between abstraction and figuration, you obviously are loyal to one technique, and that is collage. What does it mean to you?

Blom: Usually when I try to paint a single image or composition directly onto a stretched canvas I start to feel trapped very quickly. Especially when it comes to figurative work. I haven’t developed enough patience and determination to build the single image slowly over time. Once I put the basic image down with paint, there seems to be very little room for me to move around in – without becoming frustrated, dissatisfied, and then losing control and destroying what I’ve made. It never feels enough when it’s just a portrait or whatever on one canvas. With collage it seems easier for me to break things down into smaller doable elements. And it’s much easier to change my mind at the last minute, rearrange all my little pieces, swop some out for others, and make a completely different work from what I had originally anticipated. The process seems to suit my temperament quite well. It allows me to experiment with various motifs and materials, without any real pressure. If you look at all these individual unstretched pieces, that are hanging on the washing lines or pinned to the walls, they seem ridiculous, meaningless, just scraps, but when you bring them together in a single larger composition they start to make sense. They start to talk to each other, they start to inform and change each other. The juxtapositions of the various styles and subjects start to tell some kind of story. Perhaps in this period of multimediality and a flood of pictures, the time has also arrived for painting to break away from the individual picture.

Apropos multimediality. In addition to painting, there are also installations and music under the wide work title “The Bad Reviews”…..

Blom: Yes, also music videos. Would you like to watch one?

With clearly visible anticipation, Zander starts the video The Future is Shit, which he produced in collaboration with the art critic Sean O’Toole. Honestly, I’ve hardly ever seen anything so mad. In keeping with the Aesthetics of Trash, O’Toole, in a Batman costume, keeps repeating the central statements “I’m an artist from the future. Here is my manifesto from the future“ or “We love the past. The future is shit.“ Now and then, Zander Blom, in a mask, pops up. It is screamingly funny. It is nothing but sheer irony. His almost anarchistic dealings with the standard patterns of classic modernism find their continuation in animated pictures.

Thinking about it afterwards, I wonder if he does not use them exclusively as an alibi for avoiding finding his own identity. Or can his way of appropriation not perhaps also be understood as cultural criticism of a country that, for decades, suppressed artistic freedom and therefore prevented the advancement of it’s own cultural identity? His work titled “The Bad Reviews” would therefore not refer to classic modernism as such, but to the lost time in South Africa, which needs to be overcome so that its present can come up with good artistic positions. In addition to the necessity of having to tell its own oppressed narratives, the art of Zander Blom shows that it is time to again develop art for its own sake. “Simply to find out what makes a good painting” …

… about his gallery program in Cape Town: https://www.stevenson.info/artist/zander-blom

… about his gallery program in Düsseldorf: http://www.galeriehansmayer.de/de/artists.html 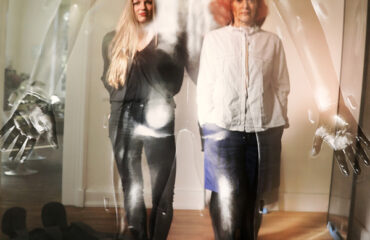 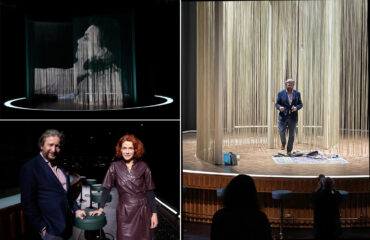